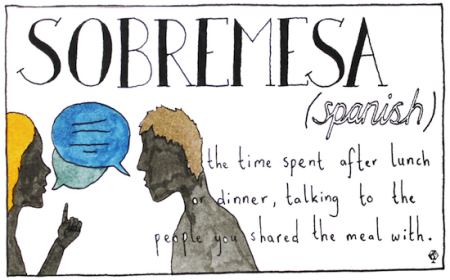 Yes, we know that the title sounds like a tongue-twister.

There is a line which everyone who studies a new language must cross: the moment when you accept that every single word cannot be translated exactly.

Possibly the most untranslatable word in Spanish is “sobremesa”. Wordreference offers a pretty accurate definition describing it as “table talk” or “after-dinner conversation”, but they have to use a few words to translate it.

Read this article if you want to know more examples in other languages.