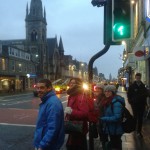 It was the first time that the programme was coordinated by SALT Edinburgh. Our director Jorge joined with a group of 16 native Spanish language assistants to give Scottish teenagers an authentic Spanish experience.

“This was an amazing experience which enabled me to enhance my Spanish.” 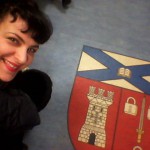 The team travelled out to schools across the country to bring the warmth of Spain into our classrooms. The purpose of these immersion days was to motivate pupils to learn Spanish by giving them contact with native speakers and to help them prepare for their exams.

“The teachers mainly spoke in Spanish so it meant you had to think a lot about what you were saying and it has improved my vocabulary.” 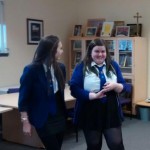 “I liked learning to dance a typical Spanish dance because it was fun and unusual.” 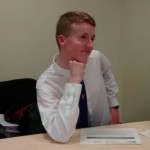 In a series of fun, themed workshops, the youngsters were able to improve their speaking skills, learn new vocabulary and develop intercultural awareness through a variety of activities, including inventing stories, giving directions, learning songs and traditional dances.

“I think we should do things like this more often because it was very helpful and enjoyable and it improved my Spanish listening.”

These workshops got the pupils smiling as if the Spanish sun was shining down on Scotland – the feedback speaks for itself.  Given that the response was so positive, we are looking forward to running even more immersion days this year.

For those of you who would like to read more about the programme in Spanish, click here (page 9).